So I think I had an evening that qualifies as one of the really bad ones last night.

I get home from rugby covered from head to toe in mud. I only live across the road, so rather than shower, I was looking forward to a nice hot bath loving run by my wife. I put my kit in the washing machine, went upstairs, put my toe in to test the temperature and nearly jumped out of my skin………. Freezing bloody cold! For some reason, our boiler had broken down. Now exactly the same thing happened last year. Christmas eve it breaks and we spend the next few days huddled under blankets and around oil heaters for warmth. So we were smart and took out the manufacturers insurance package. They’re coming out tomorrow. Still a pain, but luckily not the depths of winter just yet.

I end up boiling a few kettles of water and washing in the sink. As I’m doing this, I hear my 18 month old girl wake up by coughing like a sea-lion! Normally, we’re not the panicking type of parents, but my father-in-law was diagnosed with pneumonia on Monday and she had been around him on the weekend. 10.45 we find ourselves at the front door to the work in centre (thought it better than clogging up A&E) only to be told they’re closed…….. So off we go to A&E.

We were ushered through to the children’s ward very quickly, but there the good luck stopped. 3 hours later, after I’ve been surrounded by brats whose parents couldn’t control them and refused to cover their mouths when they coughed or sneezed, a moody doctor decided to look at my little ‘un. She has a nasty chest, throat and ear infection, got the drugs and was told to go home.

So we get home, get to bed about 3.30am. 5 am my daughter wakes up screaming. She wouldn’t calm down. In the end, my wife took her downstairs to play. I tried to follow, but my wife insisted I stay in bed as I had work and she didn’t.

So now I’m sat at work, with match sticks holding open my eyes, drowning myself in thick black coffee and praying my little girl feels better. 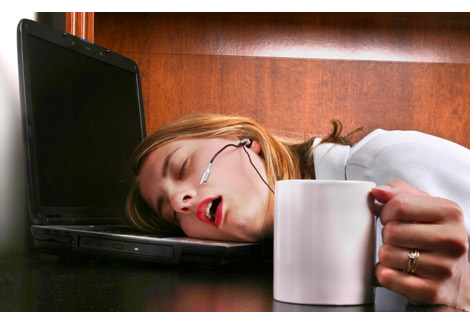 I guess it could have been worse, it could have happened tonight and ruined my birthday tomorrow (yes, I know it’s  a shameless plug, but who cares!)